Dublin tops the list of the luckiest places to buy Irish Lotto tickets. The nation’s capital held off stiff competition from counties across Ireland to clinch the crown, producing an astonishing 566 jackpot winners between the first draw in 1988 and 29th July 2016. Dublin also leads the way in terms of creating big winners so far in 2016, boasting 25 huge Irish Lotto, EuroMillions and Daily Million payouts.

The Luckiest Lottery Locations of 2016

Dublin’s 25 lottery wins of 2016 places the capital ahead of nearest rival Co Cork, which can boast 11 successes since the turn of the year. At just over the halfway stage, Wexford, Westmeath and Cavan complete the top five, with seven, six and five winners respectively.

The Irish National Lottery has also issued a list of the luckiest locations at which to buy lottery tickets, with these addresses responsible for the biggest returns for players’ stakes: 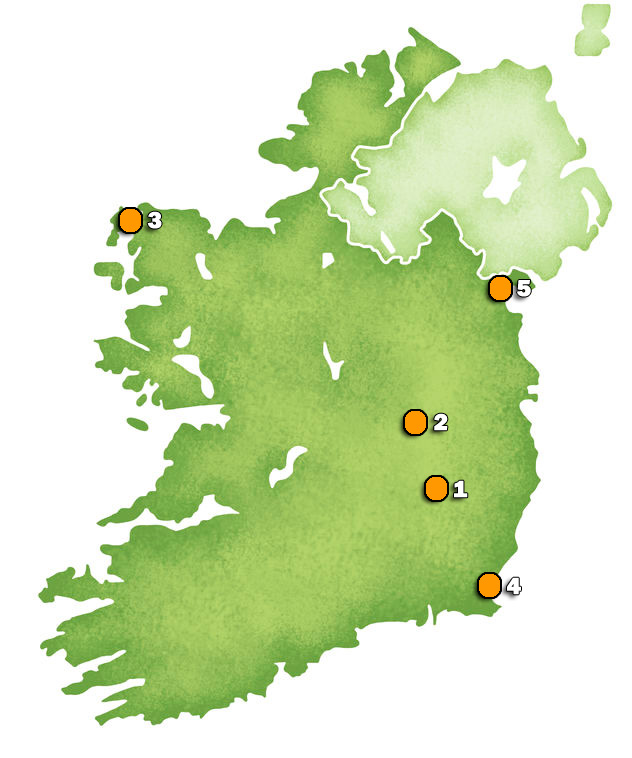 The Luckiest Lottery Locations Since 1988

Just as with the figures for 2016, Dublin leads the way when it comes to creating big winners on 566, followed by Cork with 172 top prize victors. They are followed by Galway, Donegal and Louth. Lottery retailers in Kildare and Mayo have also proved they can sell winning tickets that land players a life-changing sum of money, with enough victories apiece to make it comfortably into the top ten.

In an interview with the Irish Mirror, a spokeswoman for the National Lottery explained that the good fortune experienced in these areas may be easily explained: “Dublin and Cork would have some of the highest populations so it would only be natural to see higher figures in those counties.” Overall, there seems to be good feeling all round at National Lottery Headquarters when a player is able to match all six Irish Lotto numbers: “It’s fantastic to see lots of winning happening across the country.”

Players living in Leitrim, Offaly and Laois will be hoping for a little more luck in the coming weeks, with a combined total of just 39 wins between them since the start of the game. However, this year has seen Sligo, another of the unluckiest areas, produce one of the largest prize winners of 2016.

Players in these less fortunate areas must not be disheartened, though, as Irish Lotto is a game of chance, meaning that players from any region of the country have an equal chance of winning the big prize.